The dilemma with an infrequent blog is picking out which details in the past are relevant enough to share. I’ll sum up the last 4 months with 3 basic events:

I planned multiple parties at a dance bar called Kush:

Had an exhilarating week in Japan with a friend (Brien Silver): 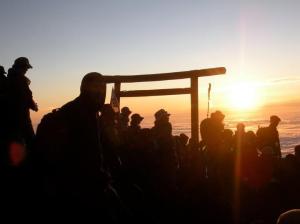 And departed from Korea to live in Vietnam and travel.

That’s all my mind could simplify and pump out. The rest would be details. Some extremely interesting, raunchy, and obscene. Others sad, others beautiful- and others just plain boring. I’m not very good at distinguishing what fits in each category, so instead I’ll focus on the present and last few days.

Right now, I’m living with my mom in Ho Chi Minh City (also called Saigon) and I finally got a dose of travel (which hasn’t happened since Japan) over the last week.

In De Nang, I took a xe om (motorcycle taxi) into town. You ride on the back. Much more entertaining than sitting in the backseat of an air conditioned taxi cut off from your surroundings- and also much cheaper (USD 1 dollar for a 20 minute ride into town) 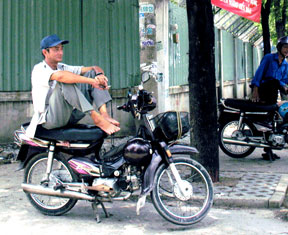 My initial plan was to stay in De Nang and check out a hotel. Alas, my planned hotel no longer existed, so I used an internet café (and http://www.travelfish.org) to find out what to do. Travelfish recommended a hostel in a place called China Beach (where American soldiers used to have R & R during the war).

I found another xe om to take me there. Unfortunately he took me to a giant Buddha on the other side of the bay. 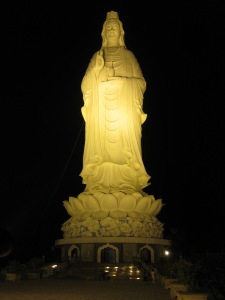 I figured out quickly that this giant Buddha was not on China Beach. Luckily, I am a fearless hitchhiker. And somehow the first car that passed me stopped. He spoke fluent English, was with his entire Vietnamese family, and had lived in Australia for years. Go figure.

I made it to Hoa’s place around 9 pm. 7 USD for my own room. All you can eat dinners- 3 USD. All expenses (food and room) also written down in a book and paid AT THE END of your stay. A man who believes in the power of honesty and karma…

The next day I got my man courage up and hopped on a manual scooter. (US 2.50 a day for rental). Learning and traveling the highways and towns is exhilarating and hilarious. Riding back at night- not so much. Bugs annihilate your face if you don’t’ have a visor or bandana. Good fun with friends too: 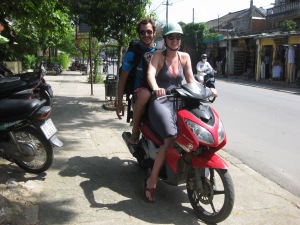 To complete my suit goal, I rode into Hoi Anh on the next day, an amazing little town in Vietnam, with a gorgeous beach as well (lined with palms) and a cool riverside with a ghetto European appeal:

Many tourists, but still a very cool vibe and market. Hoi Anh is most famous for its cheaply tailored suits (starting as cheap as 70 dollars for a suit and trousers). And although I still haven’t learned to even tie a tie, I made it through many fittings and purchased a lovely white suit (USD 120):

I also made a 2 hour ride out the Champa jungle ruins. Like Angor Wats lame cousin, but the ride was fantastic with children waving and beggars. 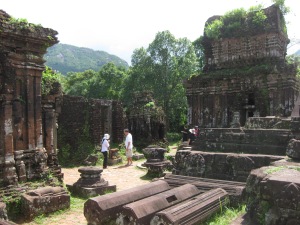 When I reached the end of my stay on October 25th, I took a xe om from the hostel to the airport. It was USD 2.20 to ride for 45 minutes to the airport. Unfortunately I reached it soaked to the core (heavy rain), but nonetheless, quite the experience. My flight was actually 4 hours later than planned, but all it took was for me to ask to a move to an earlier flight, and voila: I boarded a plane in ten minutes at no cost. Vietnam has its perks.

And now I’m back in Saigon (or is it Ho Chi Minh?), contemplating the Mekong Delta, but really putting much of my planning and thought into my next trek:

Until then, check out my most recent mix: